Home > Lifestyle > Money + Career > A Mansplainer!? How To Deal With Mansplaining At Work
Lifestyle

A Mansplainer!? How To Deal With Mansplaining At Work

Imagine this: You’re at a friend’s small get-together having a blast. The background music was picked as if it were made to be the soundtrack to your own iconic 90’s movie. Everyone’s enjoying themselves, the conversations are riveting, and laughter seems to contagiously flow in the air. Nothing could ruin this great time you’re having; it’ll be a memory for the book.

As if almost on cue, the record scratches, and your seemingly perfectly great night has been ruined. You fell into a conversational trap with a Mansplainer. No fate could be as horrid as yours. You hear him drone on and on in a condescending tone, refusing to believe anything that stems from your own opinions and forcing you to listen to his own garbage beliefs. You’ve encountered a modern-day monster.

Thankfully, your friends are your saviors. They steer you away from the Mansplainer and lead you to the safety of individuals with decent morals and an ability to properly communicate. It is happily ever after. Right?

For that scenario, yes you did get your happily ever after. But what happens when the Mansplainer isn’t that easy to escape? When you can’t just blatantly leave and ignore the beast? What happens when you not only work with the Mansplainer but have to answer to him? Every day at work you walk in just to hear constant record scratches echoing in your head, as you will yourself to not only remain calm but to be professional.

How To Deal With A Mansplaining At Work

Ladies, life as a young woman of color is hard as it is. The addition of a monstrous Mansplainer is not only a test of your patience but your inner strength. We’ve all suffered the wrath of Mansplainers in our professional work lives. Here are some ways you can handle Mansplainer behavior:

Not only is this situation awkward but it’s downright rude. It throws you, as the collaborative team member, off of your game. By the time he grants you the floor to speak, you’ve lost your train of thought. When this happens, it is in your best interest to politely interrupt him and simply state “I wasn’t finished talking.” Never be apprehensive about taking back the attention when it’s your spotlight moment.

If that’s too abrupt for your liking, you could always ease back into the conversation by stating, “I was just getting to that.”  The number one thing to not do is apologize. You shouldn’t be sorry because you did nothing wrong. Saying you’re sorry implies it’s your fault that you were interrupted when the only one to blame was him. So the next time your Mansplaining boss takes over your time during a meeting or your presentation, remember that it isn’t your fault that he has no manners and kindly pull back the attention onto yourself.

This is something that has personally occurred to me numerous times at my workplace. It makes it impossible to ask questions or create a meaningful bond with your boss. One day, I grew too irritated to ignore it. I calmly told him his tone of voice makes me feel incompetent even if I’m right or were communicating the same ideas. Since I called him out on his behavior, he hasn’t spoken to me in that way since. The act of addressing the issue with him one-on-one in a professional manner shut down the nasty habit entirely. And whenever it does happen to come out, I see that he catches it himself and actively tries to stop it.

“Be cool. Be cool. Be cool". Is the little song I like to throw around in my brain when my boss is having a particularly tough day and is being overly obnoxious. Remaining composed and slightly cold gives off an aura of control and balance. It will be hard for them to ruin your mood or make you lash out if you hold yourself to a higher standard. You can also be assertive. “I’m already ahead of you on that,” “I have that planned out,” or, “I thought the same thing,” are phrases you can utilize to indicate your level of control and expertise in your work.

I like to call this the “Squad Up” maneuver. At my workplace, all of the girls formed a miniature “army” against the boss. When I say “army” I mean a friend group. We bonded over similar struggles on the job and ended up becoming very close friends in our personal lives. Of course, some girls in the group had it worse than the rest of us. But once our loyalty to each other as a group solidified and became obvious to our boss, he trod a little more carefully. We all instinctively covered for each other and stood up for one another.

Girls in the group that struggled to stand up for themselves found it easier to stand up for a fellow woman that they knew didn’t deserve to be spoken to or treated in a certain manner. The power of women is an underestimated force, utilize it.

Mansplainers have the capacity to ruin someone's entire mood and working for one is always troublesome, but being confident in your own position at work and having the support of your fellow female coworkers can help to ease the burden.

How To Overcome Inferiority Complex: Signs And Symptoms 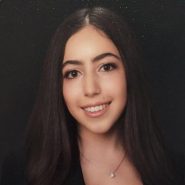 Nicole Gasparian is a Southern California native trying to remember to drink enough water and apply sunscreen on in the mornings. She's a petite woman who makes up for her lack of stature with a big personality and humor. Writing has always felt natural to Nicole and pursuing her dreams has finally come to an urge she can no longer deny. As the ever-changing world of today continues to provide unfamiliar obstacles, the only hope Nicole has is that at the end of it all she'll learn a new essential life lesson.

The Negative Impact Of Social Media On Relationships

The Stigma Around Mental Illness In The Caribbean

I Want To Be Single: Fighting Expectations For Marriage And Children

How To Be Successful In Graduate School?