Benefits Of Female Orgasm: Improve Your Health Through Sexual Pleasure

If It Feels So Good, Why Don’t We Know More About It?

An orgasm feels good. Better than your favorite food when you’re starving, finding money in your pocket and even better than beating the final level of that game you’ve been playing for several weeks. But, if it’s so good, why don’t we have more of them? Apparently, several major surveys found that only 25 percent of women consistently climax during sex with a partner (bet you any money a good chunk of those women are lesbians or bisexual). Everyone else is hit-or-miss, or worse, have never experienced a female orgasm with a partner…ever!

When compared to males, where more than 90 percent of them get to reach their climax 100 percent of the time, you see that the female orgasm is like being struck by lightning. Way too scarce. And why is that? Well, evolutionary biologists have been, unsuccessfully, trying to figure this out. The Case of the Female Orgasm: Bias in the Science of Evolution by Elisabeth Lloyd, Ph.D., a biology professor at Indiana University, debunks virtually every theory that has attempted to pinpoint an evolutionary purpose to the female climax.

The Science Behind The Orgasm

“The clitoris has the indispensable function of promoting sexual excitement, which induces the female to have intercourse and become pregnant,” Dr. Lloyd says. “But the actual incidence of the reflex of orgasm has never been tied to successful reproduction.” In other words, women can and do get pregnant without orgasm so scientists don’t know why we orgasm at all. At least, however, they know how.

What they know, so far, is that while having an orgasm we lose all sense of our surroundings. This, of course, means that we can’t possibly track what is happening in our bodies during this time. Fortunately, we have sex researchers William H. Masters and Virginia E. Johnson to find that out for us. The pair found that, just like men, blood rushes to the vagina and clitoris. The more aroused, the more blood flows to the pelvic area, breathing speeds up, heart rate increases, nipples become erect (for most women,) and the lower part of the vagina narrows to grip the penis while the upper part expands to give it somewhere to go.

Hopefully, nerve and muscle tension builds up in the genitals, pelvis, buttocks, and thighs. After which the body involuntarily releases it all at once in a series of waves, in this case, an orgasm. What happens during an orgasm? The uterus, vagina and anus contract. Yes, contract. And the number of contractions determine how big the orgasm is. There have also been reports from women of the different kinds of orgasms they feel and descriptions of the various sensations.

According to Beverly Whipple, Ph.D., co-author of The G-Spot and Other Discoveries About Human Sexuality, different parts of the vagina are stimulated more than others, and so have more tension to release. Also, muscles in other parts of the body may contract involuntarily, (see curling toes and funny “O” faces). In terms of the brain, a recent small-scale study at the Netherlands’ University of Groningen found that areas involving fear and emotion are deactivated during orgasm.

For most of us, the big “O” ends with the body sliding into satisfied relaxation. “Like their male counterparts, women can experience pelvic heaviness and aching if they do not reach orgasm,” says Ian Kerner, Ph.D., a certified sex therapist and author of She Comes First: The Thinking Man’s Guide to Pleasuring a Woman. Dr. Kerner also states, “many women complain that a single orgasm isn’t enough to relieve the buildup of sexual tension,” which means we have our own version of “blue balls.” Don’t worry, it’s harmless, as is the male version.

The Satisfying Benefits Of Female Orgasm

So now we have a more in-depth understanding of the female orgasm. But why is it important for us to have one? There are many reasons we should be demanding our nut, my friends.

And there you have it. The female orgasm and what it means for our health and well-being as women. Honestly, it’s a shame that more women aren’t getting their share when it comes to orgasms. But, with science finally realizing that a woman’s role during sex is just as important as a man’s, we are getting more information and push to learn about the too forsaken female orgasm. Happy favorite ladies!

How To Overcome Self Doubt and Self Deprecation? 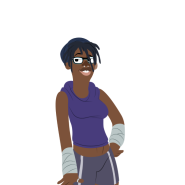 Hey, I'm Kimberly Wint. It has always been easy for me to either give in to or ignore the thoughts that weigh on me. Writing has helped me get my thoughts out but has never felt like enough. I still felt alone. Now, I share my experiences with others and am more at ease. Joining this team means I get to share another part of myself with people who may feel as alone as I once did.

Death: We Need To Talk About Mortality

My Philosophy For A Happy Life: Finding My Own Path

Culinary Arts Therapy: Use Cooking As A Form Of Therapy