It’s been about ten years since the relationship that I once had with my mother transitioned into the crumbled shell that it is today. I will admit that the status of this non-relationship is not a bother to me, and I know that many people wouldn’t understand that.

I remember the way that it started as vividly as if it was just a couple of days ago. We (my mother, three siblings, and I) had only emigrated to the United States just a few months prior. It was now around mid-October, and I was preparing dinner with my great-grandmother. We suddenly heard the front door open with a bang. My mother comes marching in angrily, spewing angry words. She proceeded to call me “ungrateful” and a few other adjectives that should not be repeated here.

Come to find out, she had just attended the first parent-teacher conference of the semester, where a comment by an unsuspecting teacher became the catalyst for a rage that she may have already been harboring.  She was told by my Global History teacher, an immigrant himself, that while I was unmistakably a brilliant student, he just wanted to let her know that I was always extremely quiet in class, and he was a bit worried about me. He may have caught me trying to stealthily wipe away a few random tears that would sometimes overcome me throughout my days, sitting in gloomy classrooms, or walking down crowded hallways.

Only Trying To Help

Looking back at that night, I figure that Mr. E was just trying to be an advocate for a student who he could recognize was feeling the impact of a permanent move across geographical borders. Unfortunately, his hints at my apparent mental and emotional disruption were fuel enough for her to turn her back on me, at one of the most transitional periods of my life.

Just to be clear: I was 14 years old, experiencing what I would now describe as symptoms of depression. I cried myself to sleep most nights, harboring dark feelings about my existence. Wished every night to just be taken from the confusing mental state that I was in. I walked around each day with a cloud above my head, my face now the home of a permanent frown. Covering myself in layers of clothes, I tried my best to not be noticed. I was, to put it very simply, extremely unhappy all of the time. Despite this, my chores were always done, and I never swayed in showing respect to the extended family living in the household.

After that raging night, my mother proceeded to not speak to me. At all. Not even to return my polite greetings in the afternoon, through the small opening of her ever-closed bedroom door. One day, my then nine-year-old sister, informed me that “Mommy told me that she only has three children, and you are not one of them.” As far as I know, she gave birth to me as the first of four children, but I may have gotten things confused somewhere along the way.

As the years passed, the quality of our relationship deteriorated even further. I continued to excel in school, despite my mental state and jumped at the opportunity to graduate high school a year earlier than scheduled. At my graduation, in one of the only pictures I have with her within the past decade, she stands next to me with her face reminiscent of someone who was not at all happy to be there, while her body language spoke even greater volumes.

In my four years at university, she only visited once, during freshman move-in day. After that, despite my pleas over the course of my first years at university, she never cared to know where I lived, how I was surviving, or even what I was studying at school. I would make calls to her, nearly begging her just to call me sometimes, urging her to show some level of interest in me as her daughter. I continued my attempts at bridging the ever-widening gap between us, until Summer 2011. By then, it became absolutely clear to me that it made little sense to keep pushing to rekindle our mother-daughter relationship. She consistently refused to even meet me halfway in the effort, any conversation ending with me in tears.

Breaking Up With A Parent

In a very long email, I politely made clear all of my feelings regarding this long-standing situation. I let her know that I was no longer going to try. Point blank.

I will not pretend that the lack of relationship with my mother, especially considering how close we were in my earlier years, hasn’t affected my well-being. Up until just a couple of years ago, I would avoid social media at all costs during Mother’s Day (twice for the year that I lived in the UK). I couldn’t bear to see the highlight reels of friends and acquaintances that felt free to show off their seemingly lovely, supportive mothers. I have had sporadic breakdowns about feelings of not being wanted. Feeling like a mistake of a teenaged mother who is just expressing her regret at not terminating the pregnancy. I haven’t heard her voice in at least four years, and for much longer than that, I have had no mother to turn to for sage advice of any kind.

Moving On From Heartbreak

Today, at 24 years old, I am in a place of greater clarity regarding my relationship with myself, as well as with the world around me. I have been proactive in harnessing my capacity to be a light for others to have a better relationship with themselves, through advocating for active self-love and self-appreciation.

Ten years was enough for me to learn that removing myself from a situation that constantly placed my emotions on an off-kilter roller-coaster, was a gift to my mental and emotional well-being. I am currently on a conscious journey of becoming my best self for myself, as well as for the young women that I plan to inspire and empower with the brand/blog/community that I am currently developing. 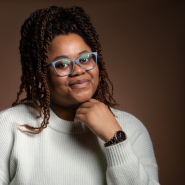 Figuring My Own Way Of “Being Woman”

5 Lessons The Covid-19 Pandemic Taught Me