How To Overcome Inferiority Complex: Signs And Symptoms

Sometimes, I can never help the feeling that I’m not good enough. There’s always someone out there that’s a little – or a lot – better than me. It’s like I see myself in all these photos but somehow I’m out-of-focus; I’m often in the background, photo bombing someone else’s success story. There’s always a part of me that wants to do more (and thinks) I can but there’s another part that doesn’t believe I should even try because I won’t be the best at it. It’s like being stuck between a desire to be noticed and a fear of humiliation.

One of the hardest things to do is accept that no one is inferior or superior to another. It’s not uncommon to fall into spells of low self-esteem, to feel insecure about yourself, and at some point, feel inferior to the people around you, or on the internet. Unfortunately, these spells can become a bigger problem if left unchecked – an inferiority complex.

An inferiority complex is the [mostly] unconscious feeling of inadequacy that stems from real or imagined instances of feeling significantly inferior to others. It’s important to know the difference between a passing moment of low self-esteem and an inferiority complex.

The feeling of inferiority can usually be found on a spectrum between:

i) Knowing that you are smart/beautiful/talented, etc. and still feel an overwhelming feeling of not being good enough and, ii) Seeing all of your flaws as the reason – as proof – that you are inferior to others.

Both of which still hinder you from being the best you in the long run.

Signs Of Inferiority Complex (What Happens On The Surface)

Symptoms Of Inferiority Complex (How It Manifests Itself)

How To Overcome Inferiority Complex?

Stop comparing yourself to others. I know, it ain’t that easy but if you really feel compelled to compare something, compare yourself to you. Compare you to the “future you”. Allow that to fuel your actions and direct you towards your OWN dreams.

Consider what makes you feel inferior to others. Really think about whether or not you need to feel that way. Most times, we put ourselves against people who we have nothing in common with. We idolize snippets of their lives out of context and allow ourselves to use that as our unreachable pedestal. No two people are the same, not even twins. Take the time to point out the things around you that make you feel inadequate and ask yourself – really ask yourself – if you need them/ can avoid them. There’s nothing wrong with blocking out people, things, and distractions that will guarantee you unhappiness.

Give yourself a break. Find a balance between self-criticism and self-compassion. Be kinder to yourself. Prioritize your happiness and mental well-being over your need to prove yourself.

The real key to overcoming an inferiority complex is to recognize your uniqueness. Accept that no person can be of lower value than another.

A Mansplainer!? How To Deal With Mansplaining At Work

How Does Family Influence Your Life?: Your Mental Health And Wellbeing 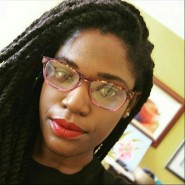 Hi, I’m Kerine, and I’ve been afraid to share my voice until now. I see myself as someone who’s overcome a lot of self-deprecating thoughts and learned to love myself and others through empathy. I write my thoughts because I believe it’s one of the best kinds of therapy for an introvert. Some of my other writing can be found at Self-Written Exposé. Kerine W. was a 2018 Summer Writing Intern with Witted Roots

Self Love: Love Yourself Before You Love Others

Why Do I Like Being Alone?: Grow Less Suspicious of Solitude

What Is Self Love And How To Practice Self Love?

Intrusive Thoughts & Why We Have Them

What To Do After A Breakup?: The Impacts Of A Heartbreak