Imagine living in a world where persons were not shunned for or felt the shame of stigma attached to having a mental illness. Better yet, imagine living in a world where 95% of the world’s population was well-read on mental health. Euphoric. People with mental illnesses are often seen as social pariahs who belong in a mental institution because they are “mad” or “crazy.” and that’s where mental health stigma begins.

One can only dream that people would be knowledgeable of the fact that mental illness is something much deeper than what society labels it as. According to the National Alliance of Mental Illness, mental illness is seen as a disorder that affects a person’s thinking, behavior, feeling or mood. It can vary from depression to schizophrenia, and as such, various forms of mental illness cannot and should not be equated as the same thing.

Persons who suffer from mental illness are affected twofold; they face the symptoms of the disorder that has found a way to be their best friend, and they also encounter the stereotypes and stigmas associated with the said disorder. It has been theorized that persons who are mentally ill often identify and acknowledge the negative views on the disorder and eventually develop “self-stigma.” Self-stigma is the pre-judgment in which people with mental illness turn against themselves, causes a lack of faith in their prognosis which will only lessen their chance of recovery.

We must remember though, that coming out of our comfort zones and asking for help is never an easy task to do, especially when we are hurting. Persons would rather keep all their emotions bottled up instead of getting the attention that they really need. Is this a good idea? Not really, but we are humans after all.

Picture yourself filling a bottle to the brim with soda, then shaking it and placing it down for a while hoping that everything will be fine. Only to be surprised when you open the bottle, it explodes, and the contents spill all over the place. Yikes. That is exactly what will happen when we keep all of our emotions and feelings to ourselves without a pathway for release. Bottling your emotions will always take a toll on you. It does not matter how strong you think you are, it will humble you!

Society often disregards people with psychiatric disorders significantly more than persons with physical disabilities. As a result of the widespread lack of knowledge and understanding, persons tend to be under the impression that it is a walk in the park—that is far from the truth. Disorders such as depression and schizophrenia can be just as life-threatening as any other physical disability or disease.

Look at Kate Spade, for example, a well-known fashion designer and businesswoman who appeared to have everything that she could possibly want- her business is superb, she has a wonderful life, everything just seemed to be going upwards for her…yet she still ended her life. This just goes to show that you can have everything in the world and still feel empty. Although Kate had access to resources to help her with depression and anxiety, her older sister, Reta Saffo revealed that she was still fearful of what it would do to her brand had the public caught wind of it. So, as you can see, it is obvious that the stigma associated with mental illness needs to be broken — mental health is just as serious as physical health and one should not be viewed as weak for wanting to get better!

What the public can do to break the mental health stigma associated with mental illness:

What the person being affected can do to break the stigma associated with mental illness:

To answer the question posed, we are not weak for needing help. It takes a lot of willpower to deal with everything on your own, but it also takes a lot of strength and courage to acknowledge that yes, I need help, and yes, I am willing to be vulnerable to get the attention and care that I know I require and deserve. Stay strong!

Popular Dating Apps May Be Affecting Your Mental Health

How To Have A Healthy Relationship With Food? 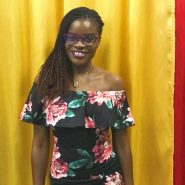 Coffee drinker, beach lover, a writer in the dark. Just a ray of sunshine from Montego Bay, Jamaica, trying to change the world one step at a time. Aleisha Henry was a 2018 Summer Writing Intern with Witted Roots.

Anthony Bourdain: Women Of Color Reflect On His Impact

Career vs Family: Choosing Between Job And Family

Carnival Ready Or Not, This is the Body You’re Getting

I Want To Be Single: Fighting Expectations For Marriage And Children

A Dream Deferred And Its Effects On Your Mental Health