My Ex-Boyfriend Is A Sexual Predator

I write this fresh off the heels of a heated exchange I had with a supposed friend. And a day after what I could describe as the most triggering hours on my Twitter. Yesterday, I received a DM from a close friend, who shared a tweet with me with the comment “[Insert My Name Here] Omg”. I opened the tweet to find a thread from someone outing my ex for using the guise of being a mental health advocate to prey on vulnerable young women and girls. I sat shocked in the audience (I was at an event) of the revelation of someone who I once cared for being a sexual predator.

I spent the rest of my day discussing him and the matter with my friends. This was someone who was a fixture in our lives. I still feel an alarming amount of guilt of having those who I love and care about being around someone like. I felt a large amount of shame and embarrassment as well. Even though I personally had done nothing wrong, I found myself constantly apologizing to my friends and feeling the urge to reach out and apologize to each individual person he got his hooks into. I really wanted to apologize to myself for not seeing the red flags early enough, better yet, beforehand.

Truth is, I was dying for a relationship, a boyfriend, something I never had before. At the time, I found myself wondering why I was single, and why had I not yet a single serious relationship with anyone at all? With him, I found someone who wanted to be with me, which was better than nothing.  I felt embarrassed to admit that when questioned how I even ended up being with him.

As the day went by, story after story, screenshot after screenshot, came rolling in. It was revealed that he was sending nudes, sex videos, and all other forms of sexually-inappropriate content via social media to young women and girls. I still feel sick to my stomach. Towards the end of the day, I had enough. I felt compelled to tweet his address and allow whoever to do whatever. But like the many other girls who were his victims, his constant threat of suicide in the past guilted me into not doing or saying anything.

On my own experience interacting with him, my life was quickly spiraling  I was arguably at one of the lowest points in my life. Constantly feeling like shit. I was aware that he played a big part in that, but knowing the situation of his own mental health and family, it took me a while, and a lot of convincing from my friends, to decide to end it. Looking back, most of it did not make sense. I literally became his girlfriend because he said so; there was no natural progression. I can easily relate to the experiences of many of the girls. I was left drained, mentally, physically, and financially.

As my TL became consumed with everyone speaking about this one person, I felt the strong urge to remain silent. Threads about seeking REAL mental health support, sexual predators, and Twitter memes making fun of him. Later in the evening, I saw one joke tweet from my friend. I DM’ed to discuss, and he confirmed that the tweet was about this very person. I simply said that he was my ex. Big. Mistake.

This led to an awkward back and forth. My friend advised me to not tell anyone that he is my ex, for fear of receiving backlash. I didn’t necessarily agree; I would speak out when I was ready and comfortable. I understood their concern about me burning at the stake by association, but I too was a victim, so why not speak out? Especially considering In the line of work I am in? This is not a new thing for me.

The Right To Speak Out

This friend went on to accuse me of being angry, attempting to belittle him by using “buzzwords” and “refusing to acknowledge an assessment of your replies”. I apologize for not giving enough context, but I was trying to make him realize he cannot suggest that I do not speak out. He was telling a victim to not speak out because, to him, I had not proved to him that I was victimized.

Being so quick to assume the relationship was fine because I did not burst out saying so (I should add I have expressed to him in the past that it was not), gaslighted, and blamed for his ability to acknowledge he cannot handle the situation. To come out the gate silencing me was enough to tell that he was not the one to have that conversation with. When I explained this to him, it rubbed him the wrong way. He said it’s not like he’s “ill-equipped to have a deeper conversation”. Truth is, he is. He is fake deep. I think the worst part of the whole interaction was the realization that this guy was fake deep. Just as fake deep as my ex.

A few years back, I watched Cecile Emeke’s video on Fake Deep. At the time I was too young to understand. I watched the video simply because I was obsessed with her work. Now, the work speaks to me, at this very moment it’s shouting at me through my interaction with these two men. Not to say that my guy friend is a sexual predator like my ex, but he genuinely believes he’s a deep thinker and is able to understand women on a level that the average man cannot. Yet, he was unable to comprehend what I was saying while accusing me of trying to “Twitter” him.

As Emeke wrote, however, “It’s not the victim’s responsibility to school your inability”. My ex, a self-defined mental health advocate used depression to manipulate women, welcoming vulnerable people into his direct messages. In Fake Deep, Cecil wrote “…his tools of manipulation have evolved, so new conditions are met…His abuse and manipulation have merely gained a new dress.”

I Got Ghosted: How To Get Over Being Ghosted?

Just A Little Crush...Or Is It?: Lessons On Love From An Unlikely Source 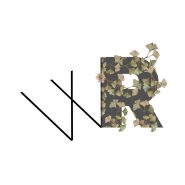 How Being Stuck In A Pandemic Changed My Life

Harnessing The Power Of Personal Agency

Figuring My Own Way Of “Being Woman”

Anthony Bourdain: Women Of Color Reflect On His Impact

I Am The Lunatic, I Talks To The Trees