Home > Mental Health > The Face of “Madness”: An Exploration Of Schizophrenia
Disorders + Conditions

The Face of “Madness”: An Exploration Of Schizophrenia

On any given day, we may encounter someone diagnosed with a mental illness, but never know because it is not physically obvious. However, one mental illness that is often strikingly obvious, when left untreated, is schizophrenia. Oftentimes, we see persons roaming the street, homeless, murmuring to themselves, interacting with “invisible” objects and people. All of this, among other signs, we classify as “mad”. We do not try to understand nor to help them because we’ve become satisfied with seeing them as just “mad” — it’s all the explanation that we allow ourselves to be comfortable with.

After seeing generations of family and friends comfortably acknowledge these individuals as “mad”,  we see nothing wrong with settling for that title as well. Something that must change is our preconceived notions towards these persons. “Mad” is not what defines them; it is not who they are nor all they can be. These individuals are mentally ill and need to be treated. They deserve to be understood and cared for. They did not choose to become mentally ill and, when they are left untreated, they helplessly fall prey to their illness.

They are not mad, but simply untreated. When many of these men and women are taken off the streets and assisted with the maintenance of their condition, through medication, psychotherapy, or both, you’ll find that they are diagnosed with a mental illness known as schizophrenia. Our overall behaviour towards the mentally ill as well as others in our environment will change if we try to understand a person’s situation before imposing stereotypes and prejudices on them. It also makes sense to find effective ways to try to help. We can start by trying to understand schizophrenia, “the most crippling of the psychotic disorders”.

Schizophrenia is a severe mental illness which causes a distortion of reality. Schizophrenics’ overall behaviour is affected, as well as their ability to process information, perceive emotions, and relate to others. It is a psychotic disorder, meaning, it falls under the list of mental disorders which include abnormal thinking, abnormal perception, and an overall disconnection from reality. There are several things that may contribute to someone developing psychosis. Some being:

Genetic changes may also coexist with various factors in the environment, increasing the risk for prenatal infections. Viruses or toxic substances may attack or provoke change in specific parts of the brain. They may become active long after the initial infection, cause minor physical changes, as well as affect the brain’s chemical structure. These infections can even affect individuals as early as during fetal development in the womb.

While studies have not found that psychological stress leads to new development of schizophrenia, it has been found that stress and changes in routine can be triggering to those already diagnosed with schizophrenia.

Drug-induced psychosis is, as it says, any of the psychotic disorders which are triggered by the abuse of any drug. This happens when too much of a drug is ingested and it goes on to interact dangerously with other substances. This also can occur during withdrawal after use of a particular drug has ceased, or if the user had a history of mental health issues. In most, if not all, cases, it is not a case where drug abuse was the cause of schizophrenia, but it is what triggered the specific symptoms.

Signs That Someone Has Schizophrenia

Positive: characteristics that are gained

Negative: characteristics that are lost

Though schizophrenia has no cure, it can be managed through various forms of treatment. Treatment for schizophrenia is not a one-size-fits-all operation. There are several factors to be taken into consideration including the severity of the illness, the person’s ability to maintain treatment schedules, how the patient responds to treatment, among others.

Most patients with schizophrenia are prescribed antipsychotic drugs. Schizophrenia treatment often includes more than one drug or a combination of drugs, depending on the specific needs of the patient. There is also a consideration of what the lowest prescription that it takes to gain as much control over their illness as possible.

In addition to medication, different forms of therapy can help an individual’s treatment for schizophrenia.

One common form of therapy used is Cognitive Behavioural Therapy. This focuses on helping the patient to understand and modify problematic or negative thoughts, feelings, and behaviour patterns to improve their state of mind. Some individuals diagnosed with schizophrenia may be recommended to other forms of therapy that are more creative, such as art, music, and writing therapy.

These treatments are not offered in isolation, but they all work together to help control schizophrenia and offer patients the ability to operate throughout their life much more efficiently. The support of friends and family also assists greatly with the balance of symptoms of schizophrenia.

Despite the studies and the breakthroughs in schizophrenia treatment, there are still those diagnosed whose condition is resistant to treatment.

A lot of things in life can be resolved if we simply take the time to try to understand diverse situations. Schizophrenia is so widely stereotyped and misunderstood. Many of us have persons diagnosed with schizophrenia within our own families, are well aware of their diagnosis, and still, settle with the idea that they are just “mad”. We scorn them, make fun of them, treat them horribly, and so many other negative things.

They are not their illness, but rather are just people who are in need of treatment, some who have not been able to access it for one reason or the other. Our willingness to remain ignorant is only hurting those we have the ability to help. We can offer the diagnosed our time and company, conversations, patience, and guidance when they have trouble completing tasks, facilitate their hobbies, and so much more. There is so much information available to you with so little effort, so I implore you to use it.

Signs Of Toxic Parents And Can You Break Up With Them?

Girl, Set Healthy Boundaries And Save Your Sanity! 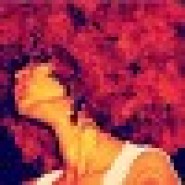 Hi, I'm Christina, a young Jamaican woman seeking to educate the world from my little island. Many may describe me as a woman who seems to have to "buy her words" because I barely speak, but put a pen in my hand and watch the words flow like a river; give me a topic that I love with it and watch the words spill from my soul in waterfalls. Christina is a 2019 Summer Writing Intern at Witted Roots

6 Types Of Narcissism And How To Identify A Narcissist

What Is Dermatillomania: The Skin Picking Disorder?

How To Decide If Online Therapy Is Right For You

Addressing The Shame, I Need Help With My Mental Health

How To Overcome Grief In A Healthy Way?

Re-Entry Anxiety: How To Cope with Lockdowns and Re-Openings